Biofouling is the accumulation of organisms, such as barnacles and algae, on underwater structures. When permanently installed in sea water, it can be a reason for the total failure of expensive sensor measurements. Solutions for biofouling protection are available but cannot be applied to all kinds of sensors and are often toxic to the environment.
Tim Staufenberger, CEO of KMF, pointed out “how important it is, to have a well-established solution, which complies with food safety regulations”. Thus, different environmentally friendly antifouling measures were tested at the nearshore site of the German Pilot, Kiel Marine Farm (KMF). The most efficient approach will be combined with the subsea sensors and multi parameter probes, which will be installed at the offshore aquaculture cultivation system planned next year.
Different stakeholders such as start-ups and companies have been involved in this test, to assure the transferability for commercial applications in the future. The effect of two innovative antifouling coatings in combination with UVC light and compressed air exposure were investigated. 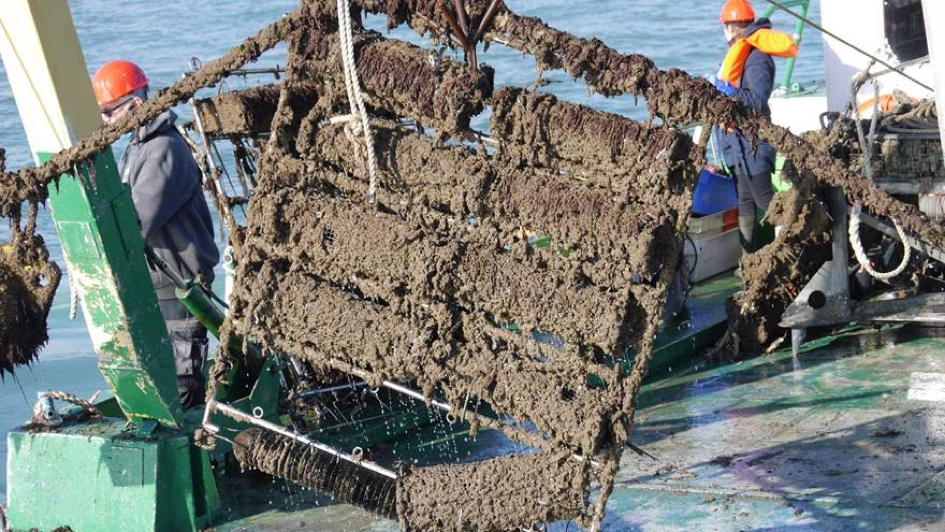 …the biofouling test was de-installed and the organisms that have settled on the equipment, predominantly algae, were analysed. Comparing the antifouling effect of UVC light and other measures, the UVC light clearly prevented fouling much more effectively. However, “this might only be because the interval of other treatments was too long and a more frequent treatment would have prevented fouling more effectively”, stated the offshore engineer of the German Pilot team, Julian Pforth.

“This test gave us valuable information on the efficiency of different anti fouling approaches in combination with distinct coatings. Now it is time to make a decision about our next steps and potential offshore bio fouling trials at FINO3”, Eva Strothotte, lead of the German Pilot, states excitedly. She explains, that “this trial is not just about bio fouling, but rather an attempt to work out the logistics behind environmental sound antifouling solutions”.